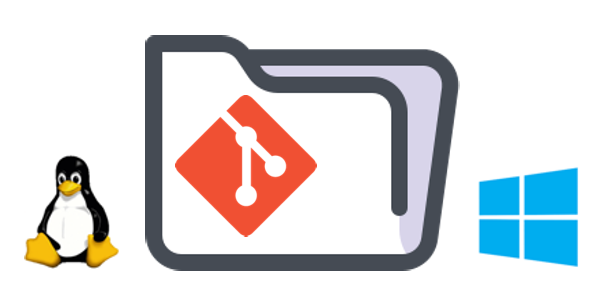 Situation: The setup is the following: my laptop has dual-boot setup with Linux and Windows, and a disk (NTFS) is shared between systems. I wanted to have a directory for a Git repository (in the shared disk) in such a way that:

To share the same repository folder with Windows and Linux, it's necessary to configure Git to properly handle the end-of-line characters.